Posted by Andromeda on May 17, 2012 in Meet the rights holders

We’ve asked each of our first five rights holders to help us write a blog post introducing themselves to you — giving you a behind-the-scenes glimpse into themselves and their work. Here’s what independent, open-access scholarly publisher Open Book had to say. 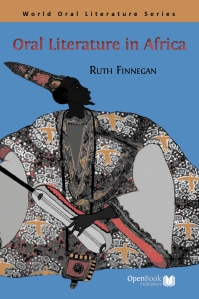 Open Book Publishers was founded in 2008 by Cambridge academics Alessandra Tosi and Rupert Gatti. The idea stemmed from Alessandra’s first hand experience of the difficulties of getting her book on a specialist area of Russian literature even considered by university presses; when it was eventually published, it had a tiny print run with an exorbitant retail price – very few people (and virtually no-one in Russia) could read the research she had worked so hard to produce. She realised that many of her colleagues were having a similar experience. There had to be a way to make academic books available to all readers.

The pair saw that many of the university presses were weighed down by tradition and basking in long-standing privileges – and that these expensive, labour-intensive publishing models were no longer necessary in the digital age. Alessandra and Rupert took the opportunity to create a new publishing house that used modern technology to reduce costs at the same time as harnessing research funding and other sources (like Unglue.it!) to make valuable research freely available to readers everywhere, regardless of their income.

Open Book Publishers has now published over twenty books across the Humanities and Social Sciences by authors including Lionel Gossman (Princeton), Maria Manuel Lisboa (Cambridge) and Nobel laureate Amartya Sen (Harvard). All are available to read for free online, in their entirely.

Since Open Book Publishers’ beginnings, people are increasingly realising the importance of making publicly-funded research freely available – we are in the midst of what the newspapers are calling an “academic spring”. We are proud to have been one of the earliest adopters of an Open Access model and to show that this model is indeed sustainable.

Despite the recent commitment by many academics and universities to switch to Open Access, funding models are slow to change. We envisage a time when all grant-giving bodies factor in a book’s dissemination into its costs but, for the moment, we often have to get our funding elsewhere.

We are very excited to be working with Unglue.it, especially with such an important classic. We have already published Ruth Finnegan’s latest book, Why Do We Quote?: The Culture and History of Quotation, and were delighted when she proposed to re-issue and unglue her masterpiece Oral Literature in Africa (see its campaign on Unglue.it here). This is an example of a book with a prohibitively high original retail price that, now that it’s out of print, is only available in well-endowed university libraries. It is a tragedy that this seminal study has been largely unavailable in Africa. We hope that ungluers realise the impact that Open Access can have, particularly in developing countries where, at last, students and researchers are beginning to have access to the same knowledge as the West.